The alternate title considered for this post was, “What Was I Thinking?” 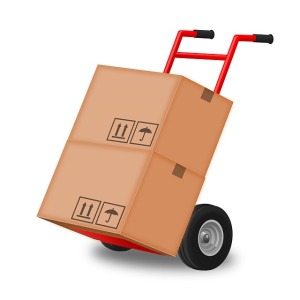 I was sort of on a roll for awhile, posting here several times a week, engaging with comments on the QuakerQuaker.org site, and settling in to my spiritual practice of simplicity. However, shortly, my life suddenly became complicated. And I chose it.

You see, I made a major lifestyle decision which was a professional decision as well. It became crystal clear to me, over a matter of a few days, that I was at a crossroads. The time had come to move out of my home office, where I have run my business for the past 12 years, and find a “real” office space. Once I had discerned that it was time, all of the details lined up. I found a place that met all of my criteria  – location, price, handicapped accessibility, and the intangible “IT” factor – in about ten days. The money appeared to make the deposit and pay the rent. I was on the move.

Moving is complex. I had to select those things from my home office that I wanted to take with me to the new space, and which things to leave behind. My new office looked like a picked-over Salvation Army drop-off destination; my home office looked like a post-tornado disaster area. I had to plan what furniture I needed, and how I would decorate the new space so that it was comfortable and welcoming, but not distracting or overwhelming. The myriad details of the little stuff I didn’t know I needed until it became obvious turned into a rather long list. However, the needs were supplied by the gift of a wonderful piece from my daughter and her husband that I use as a standing desk in my reception area, and several surprise gift cards for Amazon and Home Depot from friends, clients, and colleagues. Every need was met, each meeting seeming like a miracle. I was IN BUSINESS. I built it, and the clients are coming. It’s an amazing, exhilarating, joyful, terrifying feeling.

On the home front, I had felt restless and frustrated for some time, without really being able to put my finger on exactly WHY or WHAT it was about. Well, it was about the elusive work-life balance, which was, shall we say, “Off.” I’m amazed that a home office worked for me as well as it did for as long as it did. However, I found that I was squandering the time in between clients. I began to define my work day by when the clients were booked, instead of devoting “non-client time” to business development, study, routine maintenance, and visioning. I could start a load of laundry during the breaks, or chop vegetables for dinner, or play with the cats. I felt less and less effective, and more and more harried. Now, laundry, grocery shopping, housecleaning, cooking, and cat festivals have to be planned and scheduled, rather than emerging organically and spontaneously in the moment, as my artistic personality type much prefers. It has been a big adjustment.

Six weeks later, I can say that, despite the initial chaos, order has evolved. New and improved routines have helped me to be more present when I am home, and more focused while at work. Perhaps the most lovely aspect of the path of simplicity is that one can adapt as one deems best. Even though I embarked upon a major upheaval of old patterns and forms, the decision itself seemed inevitable, what Quakers would call “a leading.” Complication has evolved into something else: the simple, elegant life dance of complexity. 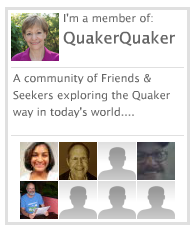